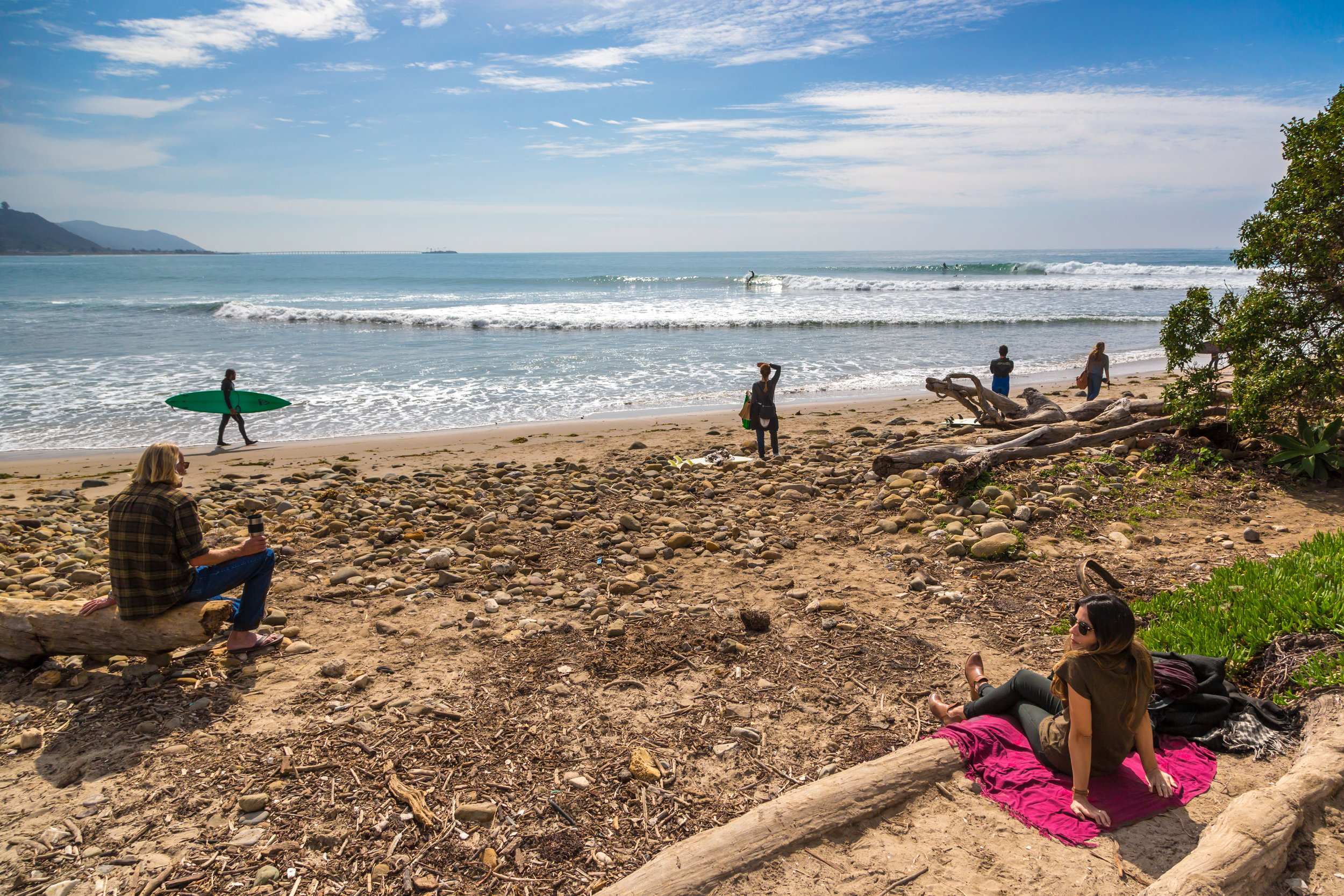 California is undoubtedly one of the best surf destinations in the United States.  From the deepest south region of San Diego to the border of California and Oregon, there is potential for amazing surf all over! While we would love to go through all the best spots along the California’s 3,427-mile coastline, there is not enough time in the day; so, we have hand-picked the seven best for you.

Mavericks is a world-renowned big wave surf spot, with waves reaching the thirty to forty-foot marks on the right swells. Only highly skilled experts, with the proper equipment should surf here.  In terms of the best California waves, it is a given that we put Mavericks on the list, but the safest way to enjoy is from the beach! 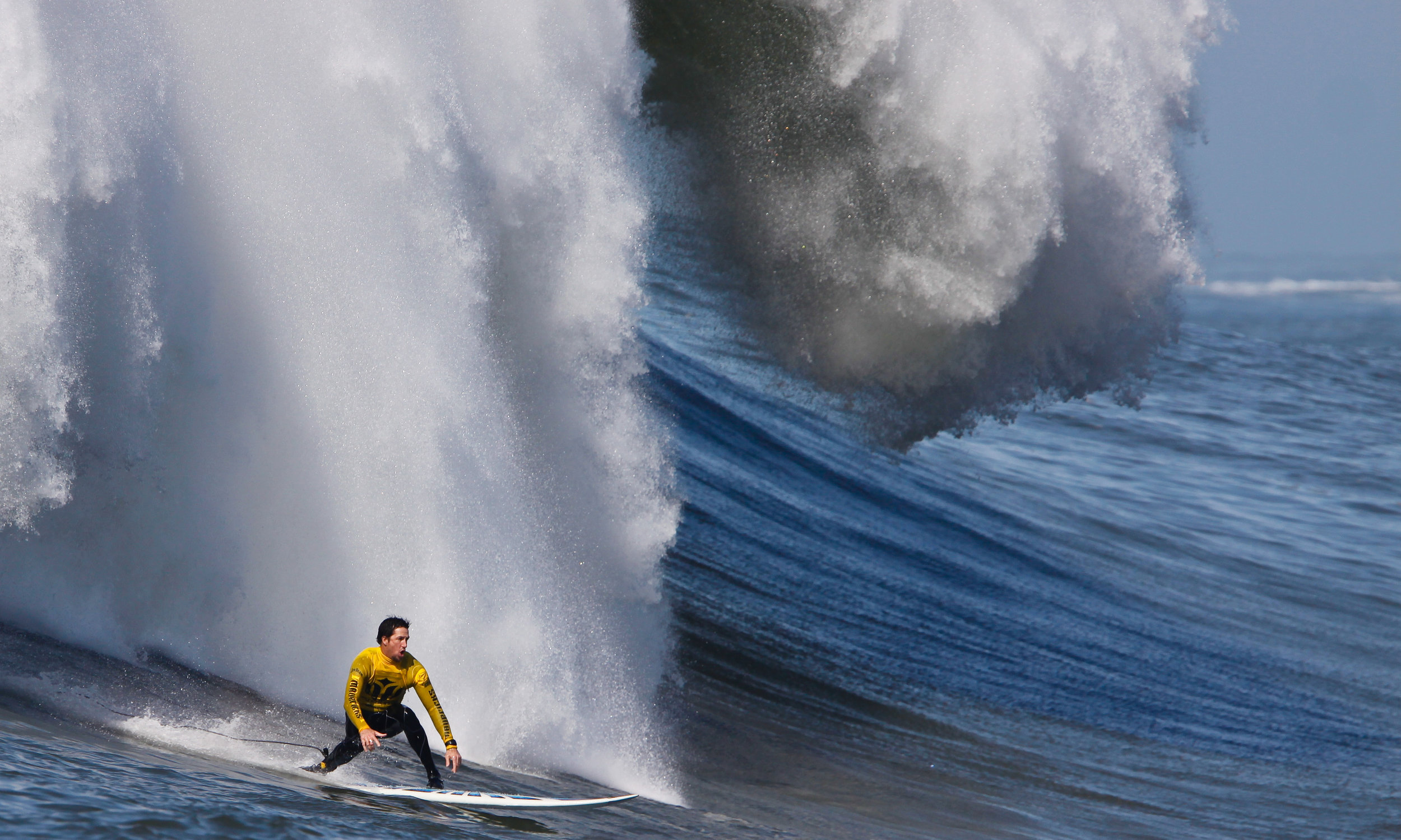 Steamers Lane is notorious for its world-class righthanders pushing alongside a large cliff side where spectators can watch and cheer on the surfers.  On a small day the lineup is packed with longboarders and beginners, but as the waves increase in size and quality so does the level of surfing.  Once the swell picks up to five feet or more, the experienced surfers, typically professionals, tend to stop by to rip into a few sections. 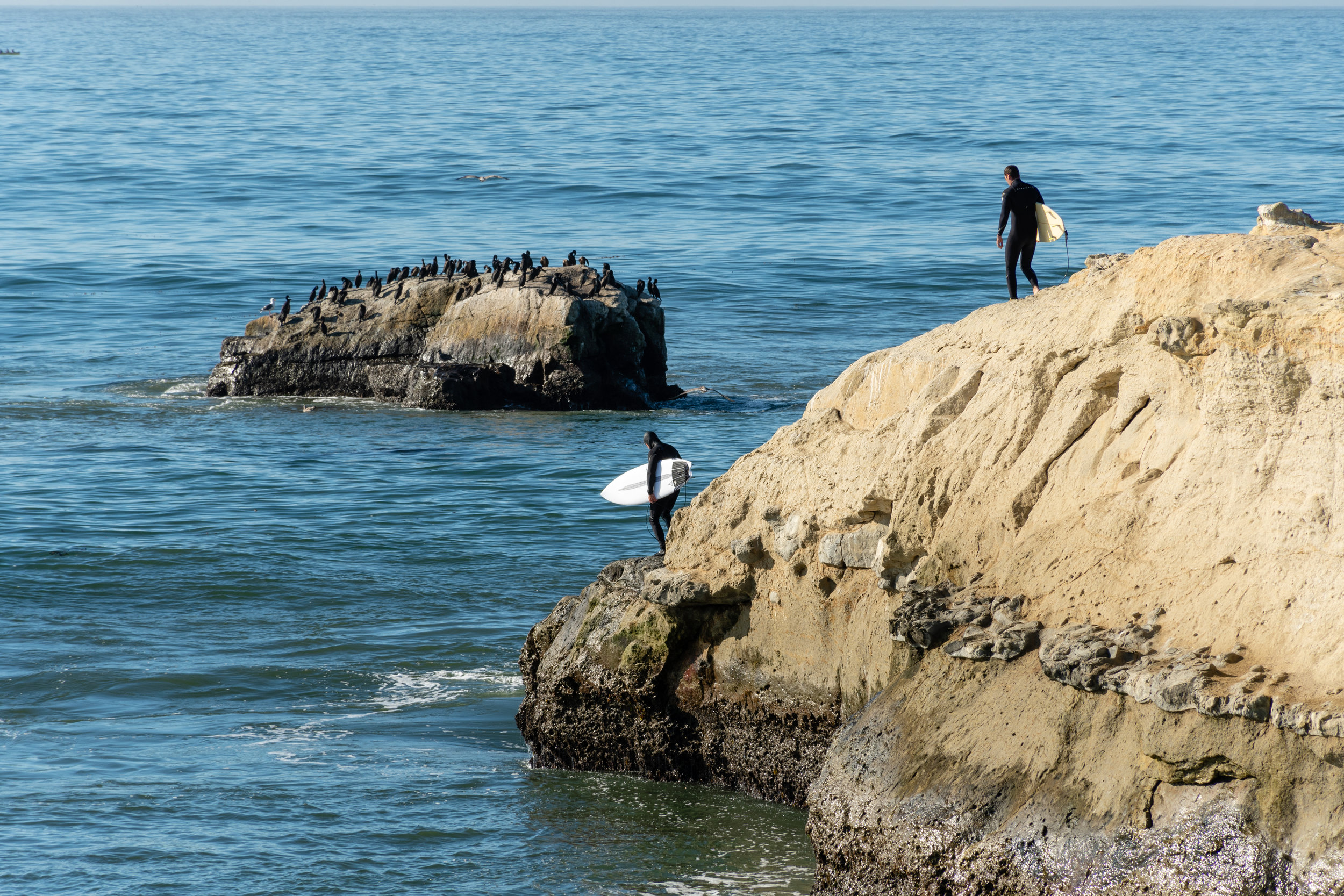 Rincon Beach has some of the most perfect waves in California. Many have even claimed they are the best in the world.  Why you ask? Rincon breaks along a cobblestone point, creating long, 200 plus yard rides on the right days.  It is also home to some of the biggest names in surfing, such as 3x world champion Tom Curren and Top 10 World Surf League competitor Conner Coffin.

The city of Malibu has dozens of beaches to catch high-quality waves, but it is the long righthand point break known as Malibu Lagoon State Beach a.k.a. “Surfrider Beach” that every surfer needs to experience.  Surfrider Beach has three sections (First, Second, and Third) that spread out the crowd and separates the beginners from the advanced.  Not to mention, Malibu’s proximity to Hollywood has had a considerable impact on surfing’s presence in major films, such as Gidget and Point Break. 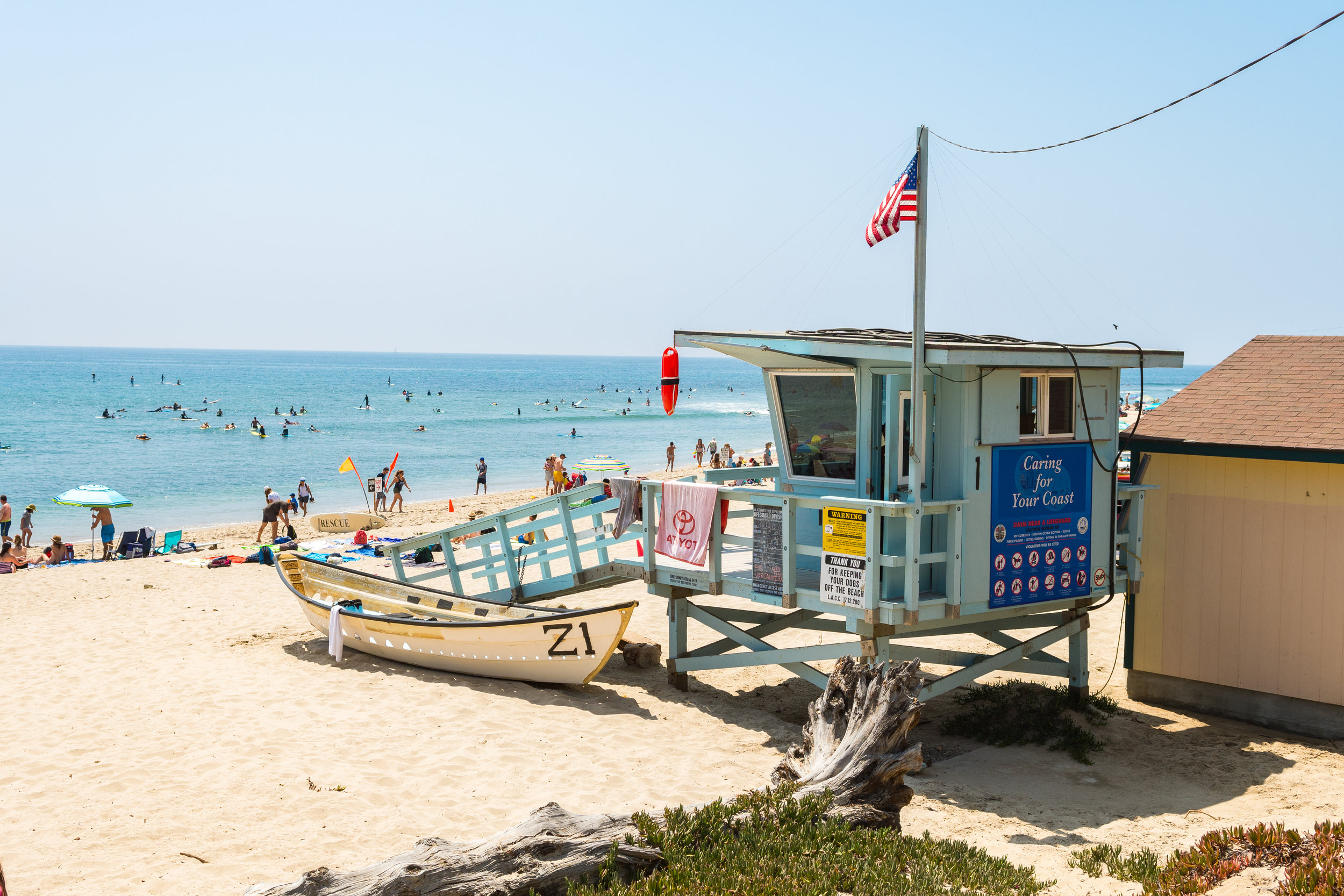 It is hard not to include “Surf City USA” in the list of the best California surf spots.  The cultural significance Huntington holds in the surfing community is astounding.   Huntington Beach is home to the most influential events and history pieces in surfing, including The US Open of Surfing, the International Surf Museum, and the Surfing Walk of Fame. Plus, the coastline is so long and picks up swell easily, there are waves breaking almost every day of the year. 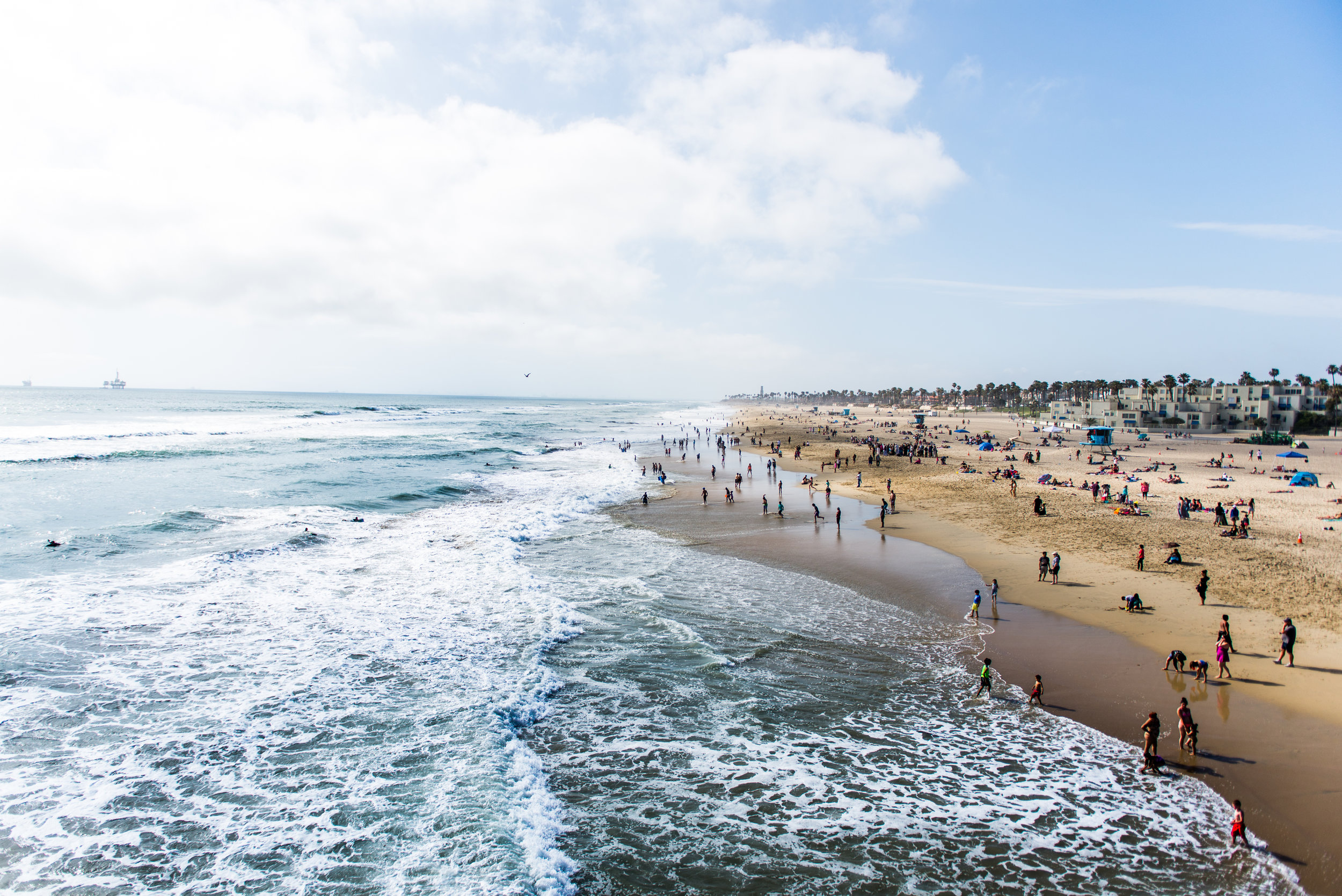 “The Jewel” of Southern California, Lowers Trestles, is known for its consistency of waves and all-around fun. A perfect peak offering a right and left-hander with just enough push to allow speed but not too much to be dangerous; Lowers is often described as surfing’s “skatepark.”  Not to mention, its location in San Clemente is home to well-known professional surfers such as World Tour competitors Kolohe Andino and Griffin Colapinto who can be seen launching airs into the wind on any given day. 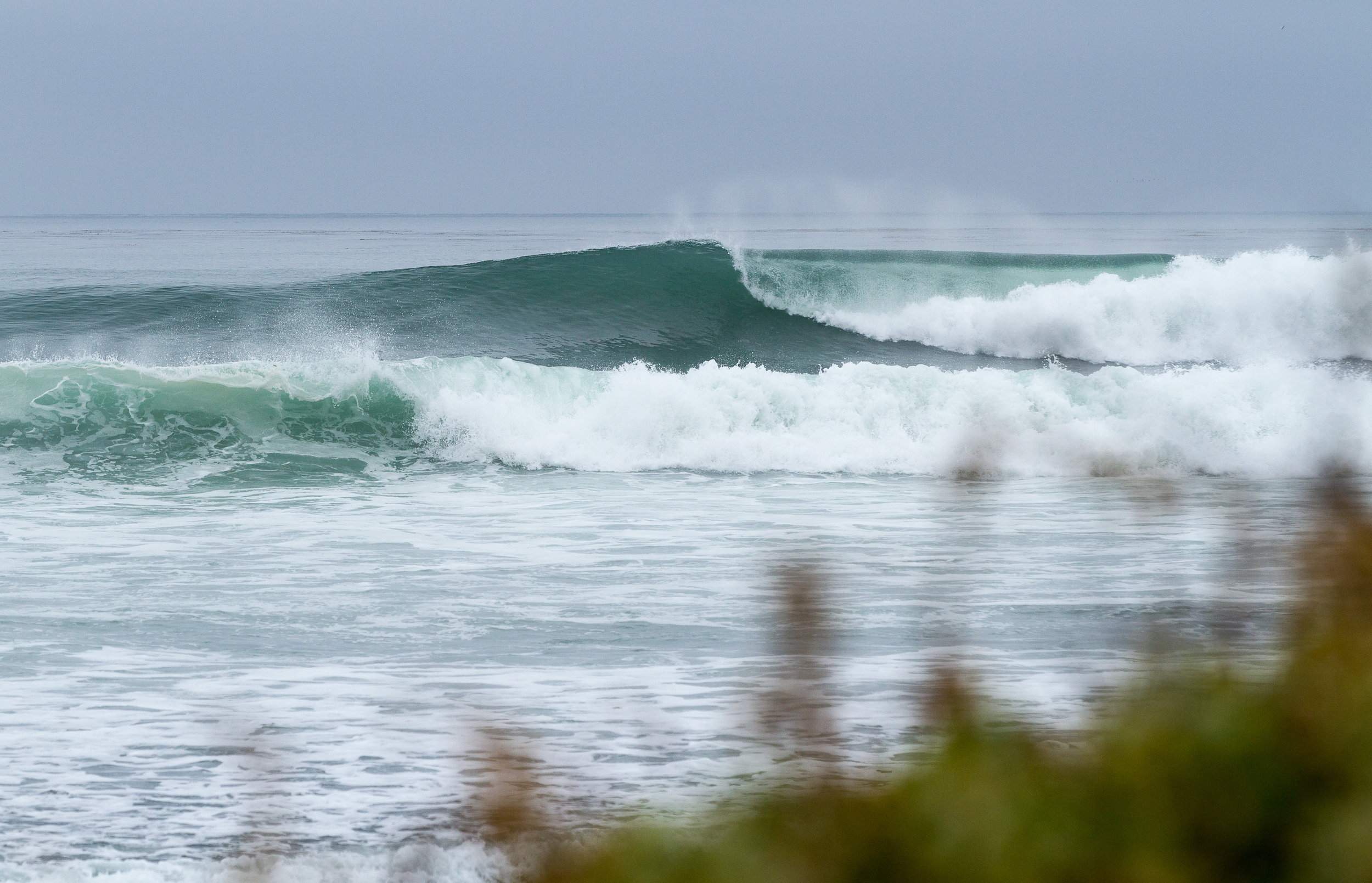 Blacks Beach is considered the best beach break in the state, meaning the wave breaks along the sand bottom – no rocks in sight!  Blacks is positioned perfectly in line with an off-shore underwater canyon that focuses long period swells into A-Frame peaks as opposed to long closeouts.  This allows waves to break all over the two-mile stretch of beach, thinning out the crowd and enhancing the quality of the waves.  Just be ready to walk; The hike down the sixty-foot cliff is a leg burner. 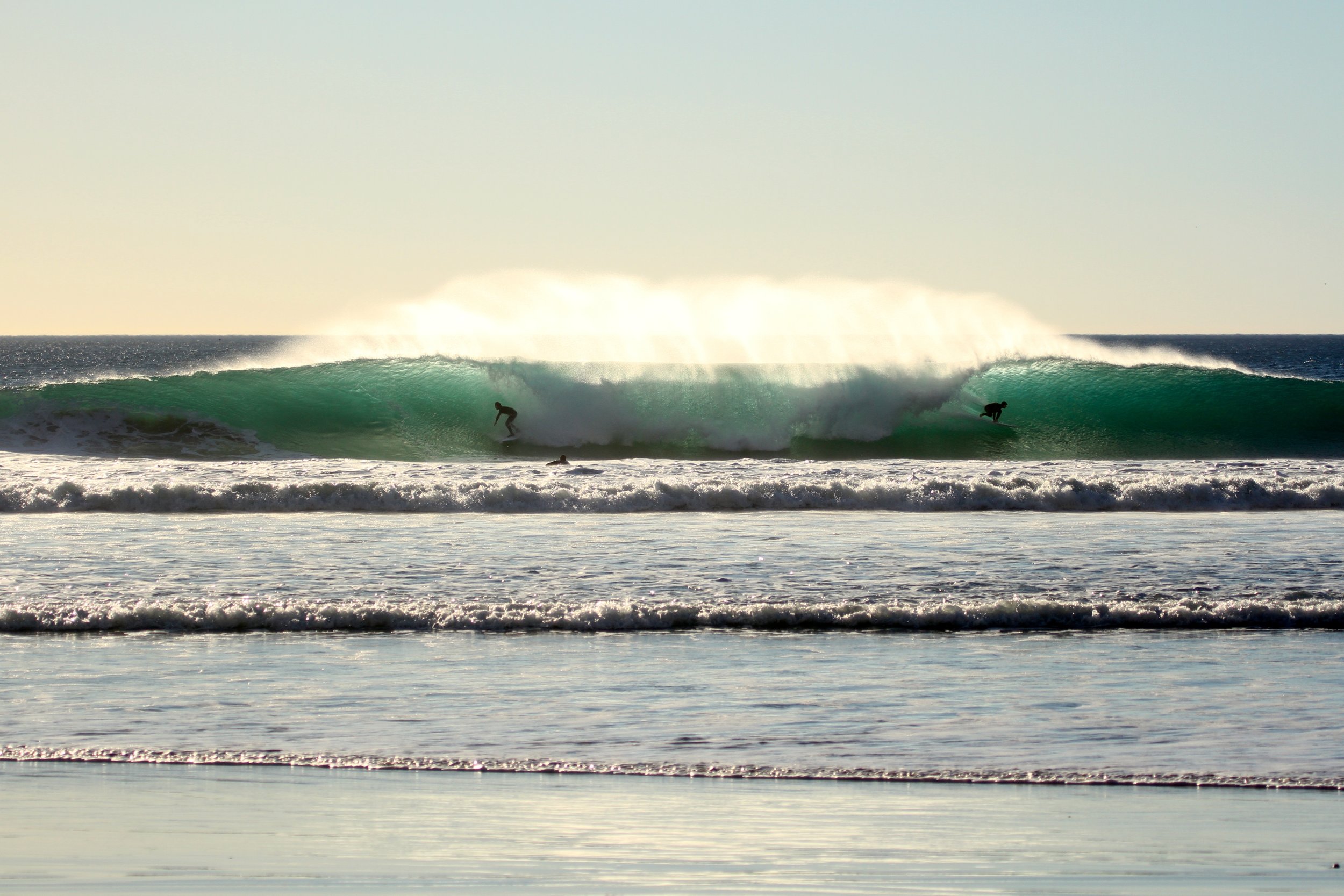