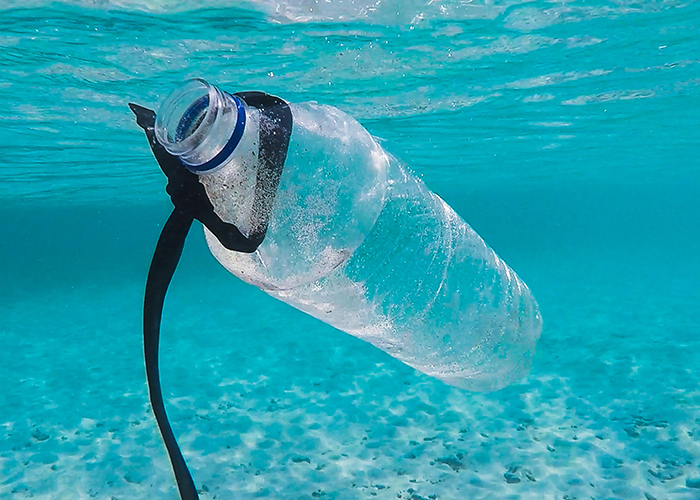 How Much Litter Is In Our Ocean?

The Most Common Types of Litter Found in the Ocean

Ocean pollution is at an all-time high, but the big question we want to answer is what kinds of trash is littering our oceans around the world?  With the help of organizations like Greenpeace, Ocean Conservancy, and Break Free From Plastic we are starting to get an understanding of the types of trash that are most prevalent in our oceans, and how much there truly is – spoiler alert…it’s plastic!

The Numbers Are Overwhelming

In 2015, National Geographic reported that there are 5.25 trillion pieces of plastic debris in the ocean (Parker, 2015), and The Washington Post projects that by 2050 the metric tons of the plastic will outweigh the metric tons of fish living in our oceans, if the current rates of plastic dumping continue (Kaplan, 2016).  Although these two statistics are extremely overwhelming, scientists and researchers are more interested in what types of trash are most common in our oceans.

With the efforts put into place by Ocean Conservancy, who hosts a worldwide beach clean-up every September, this question is finally getting answered, and the findings are incredibly daunting. Their clean-ups have been running for 30 plus years, and over those years there have been 300 million pounds of plastic and 350 types of plastic collected (Parker, 2018).  This effort is hugely beneficial to our environment, but the documentation made by the collectors has been crucial in understanding what types of trash are littering our oceans.  Unfortunately, The Ocean Conservancy reports that plastic is the most prominent type of litter in our oceans, and in 2017 plastic products were in the top ten most found types of trash (Carrig, 2018).

The Top Prominent Pieces of Trash

The top trash items collected on International Coastal Cleanup day are as follows: 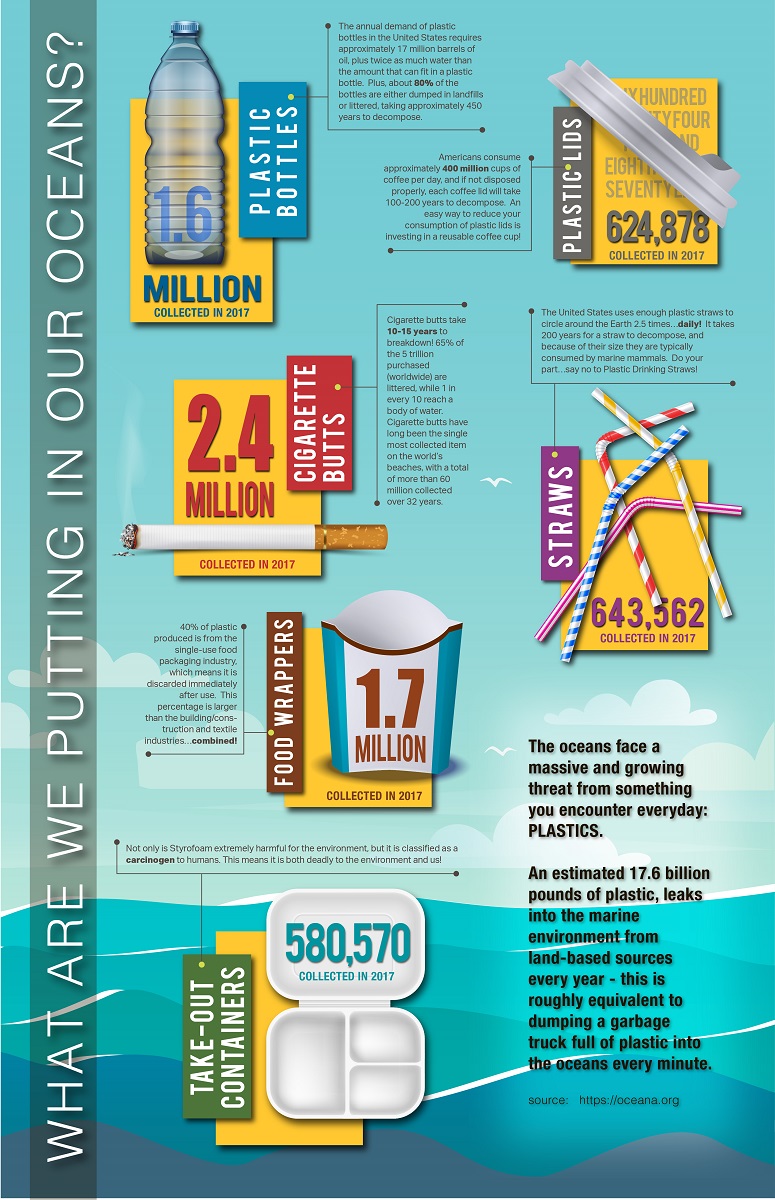 The negative impacts of litter in our oceans are clear, but the fact that so much of this pollution are plastic products is even scarier.  The reason plastic is such a dangerous polluter is because of the length and way it is broken down.  For example, a foam container can take up to 50 years to biodegrade, and the water bottles, which is the third most common trash item on the list, can take up to 450 years to decompose, according to the National Oceanic and Atmospheric Association.  With that said, during the breakdown process the plastic breaks into microplastics which are incredibly harmful to ocean organisms.  These microplastics are so small that fish cannot tell the difference between them and food, and consumption becomes inevitable, causing a variety of illnesses to the fish or organism.  Furthermore, these microplastics make their way up the food chain and eventually end up in the fish products we consume.

Because we have discussed the most common pieces of trash found, we also wanted to highlight the uncommon pieces found, but “weird” pieces to say the least.  Based on the 2017 International Cleanup Day there were 152 shopping carts, 38 toilets, 17 hair extensions/wigs, and three hot tubs found littering our beaches around the world (Carrig, 2018).  Although these items were not seen nearly as often as the top ten list, it demonstrates that there are people out there who need to realize that the ocean is not their dumpster.